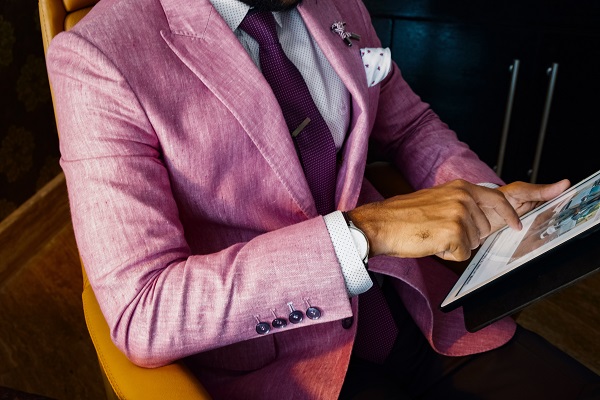 The idea of making a drastic career change might seem overwhelming, but it is not impossible. When you look at people who’ve had great success in their fields, it’s easy to think they were always following that path. However, some spent years or even decades in completely different careers before making the big move, and the truth is that it’s never too late to switch careers to pursue new opportunities and realize your full potential. Take a look at these examples for some inspiration and reassurance:

Ken Jeong
Gaining worldwide fame in 2009 after appearing in  The Hangover movie series, little did people know that Jeong was a full-time practicing physician for years. After receiving his medical degree, Jeong could not dismiss his interest and passion for acting and started doing stand-ups during his residency. After a break in a comedy contest led him to Los Angeles, Jeong switched to acting full time, landing his first major movie role in the 2007 film Knocked Up, playing a physician, no less. Despite his success as an actor, Jeong still renews his medical license every year and has said he never really stopped feeling like a doctor. “You just can’t take the doctor out of you.”

Vera Wang
One of the biggest names in the fashion and bridal business, Vera Wang started her career as a Olympic-hopeful figure skater, then became a Vogue editor. After 17 years at Vogue, she felt her career was stagnant with no further opportunities or progression. She then went on to make another big switch, working as the design director for Ralph Lauren. Her newfound career in fashion led her to her ultimate pursuit of building her bridal fashion empire at age 40. Today, she’s one of the world’s most sought-after designers, dressing everyone from Michelle Obama to Charlize Theron.

Martha Stewart
Martha Stewart, too, took a few career leaps and changed in direction before becoming the homemaking icon we all know today. Martha Stewart has had a fascinating career journey from model, to stockbroker, to cookbook author, to cooking show co-host with the rapper Snoop Dogg. When asked about her multiple achievements, Martha says ‘“it happened, but not without years of hard work and dedication, not without constant retooling of my peculiar and intense self-education in all things that pique my curiosity.”

Jeff Bezos
Jeff Bezos had a highly lucrative job on Wall Street and even became the youngest senior vice president at an investment firm before transitioning to the world of e-commerce and launching Amazon at 30. He is also the founder of Blue Origin, a company that aims to make space travel affordable to ordinary people. He later revealed that a fear of regret later in life is what pushed him to make the switch.

John Grisham
Accomplished legal thriller writer John Grisham quit practicing law after 10 years in the industry to become a full-time writer. Grisham graduated with a law degree and set up shop as a criminal and personal injury lawyer in Mississippi. The spark for his first novel, A Time To Kill, was inspired by a real-life court case he observed, which took him three years to write. But it was the 1991 follow-up The Firm that made his name, turning up on the New York Times bestseller lists for 44 weeks. Career options in biology after 12th